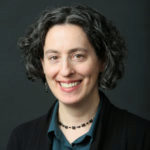 Celina Gray, Senior Director of Academic Affairs, came to Penn in fall 2018. She oversees the Wharton Undergraduate advising program and is the primary contact for Wharton-approved study abroad programs in Germany and the Netherlands and non-Wharton programs. Celina began her higher education career as a professor of classical archaeology, with her research focused on funerary imagery and issues of citizenship and immigration in ancient Athens. She earned her B.A. in Greek from Vassar College & her M.A. and Ph.D. in ancient history and Mediterranean archaeology from the University of California, Berkeley. In her spare time, Celina loves to cook, is a grave gardener at the Woodlands Cemetery, and is learning to play cello. Celina can be reached at celina@wharton.upenn.edu. 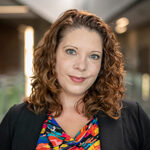 Monica F. Jacobe, Director of Advising, leads the advising team for Wharton Undergrad and is the primary contact for Wharton-approved study abroad programs in France and Italy. She came to Wharton in the summer of 2022 and has spent over 20 years in higher education in a variety of faculty and leadership roles serving domestic, international, and multilingual learners. A first-generation college student herself, Monica seeks to empower students with all kinds of intersectional identities to be agents of their own success. She holds a Ph.D. in English Language & Literature from The Catholic University of America, an MFA in Creative Writing from The American University, and a BA in English and Mass Communication from Emory & Henry College. She still writes, thinks, and publishes scholarly and creative work—which she thinks is fun. Monica can be reached at jacobem@wharton.upenn.edu. 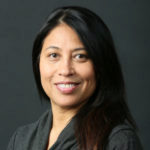 Lisa Burton-Grika, Associate Director, joined the advising team just prior to spring 2019. Lisa prioritizes creating a welcoming atmosphere for any student who walks into her office and invites students to bring with them the traditions, values, circumstances, and beliefs that help define who they are. Lisa is the primary contact for students who are returning from a leave of absence or who request/require additional supports through campus resources including Student Health Services, Student Disabilities Services, and Student Intervention Services.  She is the liaison to various academic resource centers on campus including CAPS, the Weingarten Learning Resource Center, and the Tutoring Center. Lisa is a native of Chicago and earned a B.A. in psychology from Northwestern University and an M.S.Ed. in psychological services from the Graduate School of Education at the University of Pennsylvania. She regularly supports and attends live performances, dabbles in creative crafts like needlework and jewelry making, and enjoys traveling with her family and sampling locally-sourced foods. Lisa can be reached at lburt@wharton.upenn.edu. 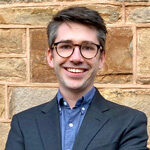 Tim Hobart, Academic Advisor, joined the advising team in spring 2022.  Tim is a higher-education professional and has varied advising experience having previously served as assistant director of student success at Western New England University.  He draws on his diverse student affairs background to shape his advising practices; he is passionate about helping students find their path and develop their leadership skills. Tim earned his B.A. in history and political science from Union College (NY), an M.Litt in environmental history from the University of St. Andrews (Scotland), and an M.A. in public policy from Trinity College (CT).  Outside of work, Tim loves to travel, explore new places with his dog, and enjoys NBC’s Parks and Rec and Apple TV’s Ted Lasso.  Tim can be reached at: thobart@wharton.upenn.edu. 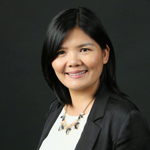 Xiumei (Mei) Long, Associate Director, comes from southern China and is currently pursuing her Ed.D.in Higher Education from the Penn Graduate School of Education, where she received her master’s degree from the same program.  She has experience in teaching, career advising and academic advising at Penn and other universities. As an advisor, Mei empowers students to integrate their academic and career decisions with their personal values, skills and plans. Mei also has a passion and expertise in supporting international students and has shared her insights at national and regional conferences. Outside of work, she is a loving mom to two kids and enjoys reading, cooking, and spending time outdoors such as hiking, kayaking, and gardening with families and friends. Mei can be reached at longxiu@wharton.upenn.edu. 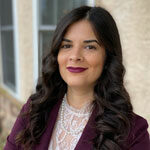 Lisa Parladé, Associate Director, is a higher education professional passionate about being a resource for students and aiding them in the realization of their goals in college and beyond. Lisa earned her M.Ed. in Student Affairs Leadership from Widener University and her B.A. in Latin American Studies from Temple University. Lisa has varied advising experience having served as a senior academic advisor at Temple University and a college advisor at Towson University, and she pulls from her diverse student-affairs background that helps inform her advising philosophy and practice. Outside of work, Lisa enjoys spending time with her dog, puttering around her garden, and volunteering. Lisa is also a huge fan of genealogy which stems in no small part from her belief in the Akan proverb, that “if I stand tall, it is because I stand on the shoulders of many ancestors.” Lisa can be reached at parlade@wharton.upenn.edu. 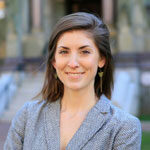 Ariel Robbins, Academic Advisor, came to Penn in spring 2019 to support the Management & Technology dual-degree program and is thrilled to now help the broader student population at Wharton realize their academic and personal goals as undergraduates. She is pursuing her M.S.Ed in higher education from Penn’s Graduate School of education and holds a B.A. in Global and Regional Studies from the University of Vermont. She has a breadth of student affairs experience that includes mentoring diverse student groups, supporting international student and scholar services, and serving as a writing tutor within academic student support services. When not at work, Ariel can be found biking around South Philly, making snacks, and playing with her dog. Ariel can be reached at aarobbin@wharton.upenn.edu.

Utsav Schurmans, Director of Research and Scholars Programs, manages the Undergraduate Division’s research and scholars initiatives and works to promote research experiences for all Wharton undergraduate students. He oversees the Joseph Wharton Scholars and Wharton Research Scholars programs as well as SPUR, SIRE, WRAP, Philly Internships, and SR-EIP during the summer. He also works closely with faculty from WFCUR and is a liaison to the University with respect to undergraduate research initiatives. Utsav received his lincentiaat in archaeology from the University of Leuven in Belgium, M.A. in anthropology from Arizona State University, and Ph.D. in anthropology from the University of Pennsylvania. Based on his research in North Africa, the Near East, and Europe, Utsav has published numerous journal articles and edited a book on the use of stone tools during the Paleolithic. Prior to joining Wharton, Utsav taught courses, worked at the Penn Museum, and served as House Dean in Ware College House, where he enjoyed advising and mentoring students. In his spare time, Utsav plays ultimate Frisbee, likes to travels, and goofs around with his kids. Utsav can be reached at schurman@wharton.upenn.edu. 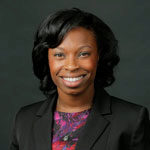 Teran Tadal, Director, Equity and Inclusion, is excited about helping students with their academic journey at Wharton. She manages equity and access programming for Wharton undergraduates including the Wharton Successful Transition & Empowerment Program (STEP). Teran also works closely with the Office of Undergraduate Admissions and is a point of contact for LEAD and LBW alumni at the University. She earned her B.A. in environmental studies from Union College (NY) and her M.S.Ed. in higher education from the University of Pennsylvania. In her spare time, she loves to travel, to explore Philadelphia, try new foods, play soccer, and write about herself in the third person. Teran can be reached at tadalt@wharton.upenn.edu.